This is Jane Jackson’s second visit to my blog, and I’m delighted she wants to come back. I love her novels and their fabulous evocative covers – and now she has a new one out! 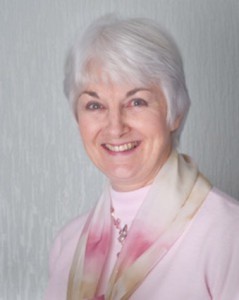 Welcome back, Jane –and please tell us about your new book.

Thanks so much for having me as a guest, Jenny.

Two things inspired this book. The first was a photograph of a Bedawi man. I saw it in a travel magazine twenty years ago, cut it out and put it in my ‘Possibilities’ file. I don’t know his name or anything about him. Nor do I want to. It was his expression and the look in his eyes, that caught my attention. I knew that one day I would use him in a book. He – and I – had to wait a long time for the right time.

The second was Wilfred Blunt’s account of the Egyptian uprising in 1882. The people had been taxed into abject poverty by two consecutive rulers with ambitions to make Egypt more like Europe. After their grandiose but ill-planned schemes bankrupted the country, Egypt had to accept Britain and France jointly taking over financial management. Why? Because England had a 44% share in the Suez Canal and wanted to secure its safety as a trade route to India and the Far East. Seething resentment among the poorest, and those who wanted Egypt ruled by one of her own, found a champion in an Egyptian-born soldier who had risen through the ranks to become minister of war. Honest and well-intentioned, he stood no chance against the lies, dirty tricks, and political double-dealing of the British, French and Turco-Circassian ruling elite.

But this is purely background. I write historical romance, not social history. Yet without context the story would have no depth or resonance. I wanted to write about a relationship that could only have happened to this couple in this place at this time.

Why are my characters there?  Captain Jago Barata is master of a trading schooner sailing all over the world. Having also carried secret documents (See The Consul’s Daughter) he is a trusted emissary. After their marriage, his wife, Caseley, sailed with him until the birth of their first child. But her grief over the tragic loss of their two young sons in an epidemic, and his guilt at not being there when she needed him, has opened an unbridgeable rift between them.

When Jago is commissioned by the British government to carry £20,000 of gold as a bribe to the Bedouin to fight on Britain’s side should the unrest erupt into civil war, Caseley – desperate to escape a home that holds too many painful memories – wants to go with him. When he refuses, citing the dangers, Caseley knows emotion won’t sway him. But she speaks French, the official language in Alexandria, he doesn’t. Therefore for this at least he needs her. 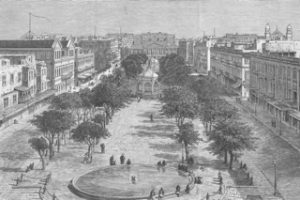 They sail from Cornwall in spring to chaotic, cosmopolitan Alexandria. Travelling in the guise of a wedding party they leave tense, noisy and crowded Cairo by camel for the Eastern desert, a place of searing heat and bitter cold. Harsh and barren by day, at night the gritty dust glitters under countless stars.

As Jago tries to fulfil his mission, Caseley must decide her future.

Goodness, Jane, it sounds epic – and so exciting. Can’t wait to read it. Thanks for being my guest today.

The Master’s Wife is a stand-alone book, but is also a sequel to The Consul’s Daughter, RNA Novel of the Year Finalist 2016.

Cornwall, 1882. Now owner of her late father’s shipyard, Caseley has drifted apart from her husband, Captain Jago Barata. Following the loss and heartbreak they have recently suffered, and unable to express their true feelings to one another, their marriage is at risk of collapse. When Jago is commissioned to undertake a voyage to turbulent Egypt – a mission of vital importance – Caseley, convinced she is about to lose him, and desperate to escape home and its devastating memories, risks everything by deciding to go with him. Will their marriage survive the dangers they are sailing into – and will they ever make it back to England?

I have lived in the same Cornish village nearly all my life.

My first book, a romantic thriller, was published in 1982. After four medical and ten contemporary romances for Harlequin writing as Dana James were published worldwide I began writing longer historical romances. Of the fourteen published as Jane Jackson some remained Cornwall-based, others – set in the C18th and C19th – ventured to foreign shores while maintaining strong Cornish links. After joining the RNA in the early 1990s I reached the shortlist for the Romantic Novel of the Year Award with Eye of the Wind in 2002, and was shortlisted for the Historical Prize in 2010 with Heart of Stone, and again in 2016 for The Consul’s Daughter.  Also in 2016, Crosscurrents was shortlisted for the Winston Graham Historical Prize. The fifth in my Polvellan Cornish Mysteries series written as Rachel Ennis was published in August.

Teaching the Craft of Novel Writing for over twenty years from Ad. Ed. to MA level has been both a pleasure and a privilege. Ten of my former students are now multi-published novelists.

One thought on “Jane Jackson does epic historical romance”