I met Liam Livings this summer at the RNA conference in London. He’s a brave man – one of a dozen or so – among a throng of almost 200 women. But then, Liam is an author who is proud to write romance: gay romance. Let’s draw back the curtains a little and find out what romance means in Liam’s world. 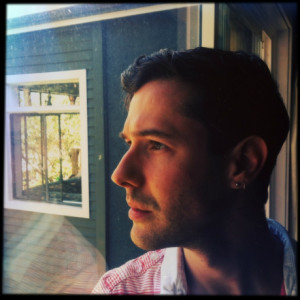 Welcome Liam. I have to confess to being clueless about gay romance, though I have read work by the brilliant Sarah Waters and Emma Donaghue. Please can you tell us a bit about your genre, how you got into it?

It depends which genre you mean! Gay romance or gay fiction. Gay fiction tends to be written by gay men, about the experience of being gay, often about coming out, and can end happily, but often doesn’t end happily. It’s more usually read by gay men too, since men don’t tend to read romance. The main readers of romance are women, whether it’s gay romance or straight romance.

My first novel, which is published as the Best Friends Perfect trilogy, was a gay coming of age novel. It is gay fiction. There are romantic elements in the story – Kieran, once he’s come to terms with being gay, is ultimately looking for his prince charming, his Boyfriend with a capital B.

I wrote this story and my BF’s auntie happened to be the hairdresser and friend of Clare London, a gay romance author. BF’s auntie put us in touch, after meeting Clare many years before at the auntie’s wedding, and Clare told me everything about writing. Clare knew me before I was Liam Livings. Clare knew me as ‘my real name’! Clare also read Best Friends Perfect, all 200,000 words of it, and introduced me to the world of gay romance / male male romance as it’s also called. In September 2012 I went to UK Meet, http://ukglbtfictionmeet.co.uk/ in Brighton, which Clare was on the organising committee for, and there I met other authors in the gay romance genre.

Personally I prefer gay romance, as there’s a word that means two men in love and it’s gay, but I understand the reason for male male romance is its origins in fan fiction, or slash fic. It’s called slash fic because people write fan fiction about two characters in an existing fictional world – Harry Potter, Supernatural, Star Trek, and the pairing of the characters was separated by a /, or slash as they say in America. For instance, Harry / Snape from Harry Potter or Jensen / Jared the two male leads from Supernatural.

How big is the niche of gay romance?

Gay romance / male male romance is a large niche, particularly in America. With the advent of e-readers more readers have been able to read in public without anyone knowing what they’re reading. Books in this genre are unlikely to be seen in supermarkets or book shops, but can be found on many eager readers’ e-readers. This genre has been e-published since the start of e-readers, which has also meant that  smaller independent presses can publish these stories without the risks associated with printing.

You are opening up a whole new world for me – and I’m also intrigued that most of your readers are women, though why that should surprise me, I can’t think! Do you see yourself in any of your characters?

I see bits of myself in all my characters. I think it would be strange if I didn’t use little parts of myself in the gay male characters I write, as I am one of those people! I also use little parts of friends and people I’ve met to inform little bits of my characters. I find it helps to build a character on a kernel of a real person, and then spin off in all directions from there. Often asking ‘what if?’ is a good way to ensure the fictional characters aren’t too similar to real people.

So are you one of the men who does read gay romance?

I like to read a variety of books ranging from autobiographies – the best ever was either Jennifer Saunders’ Bonkers, or Danniella Westbtook’s The Other Side Of Nowhere. Both fabulous for completely different reasons.

I enjoy reading contemporary chick lit, like Adele Parks, Lisa Jewell, Marian Keyes, Catherine Alliott. I have a particular penchane for Penny Vincenzi’s 900 page sagas, there’s something about how she writes and the joy of disappearing into such a large narrative. I usually save a Vincenzi for a holiday. I also like a good bonk-buster like Tasmina Perry or Jackie Collins. I love a romance, I love a happy ending, but often, I like a multi character story with twists and turns as well as romance. I sometimes read crime to mix it up a bit – Minette Walters’ The Sculptress was great. I read some gay romance too, as I like to see what’s popular in the genre and read my friends’ work too. I recently read Us by David Nicholls. In addition I have a subscription to Auto Express – a weekly car magazine – and Attitude – a monthly gay lifestyle magazine with films, books, interviews, fashion to make sure I’m keeping up with ‘gay culture’.

Wow, all that must keep you busy! Surely you don’t have time for hobbies as well as all that reading and your writing?

I enjoy baking and cooking generally. The Great British Bake Off has started and it’s like my world cup. I was so excited about the first episode I’ve taped it so I can watch it again, and during the episode I actually cried a little bit. For me, it’s the perfect combination of competition, technique, getting to know new contestants and their personalities, two brilliantly contrasting judges, and the magic of Mel and Sue’s hosting. It is 10/10 from me. I don’t watch much ‘reality’ TV, because I find a lot of it quite unsatisfying, like you don’t feel like you’ve gone anywhere after watching it, unlike watching a film or drama. But with GBBO I feel I’ve been on a roller coaster journey every episode.

I am into classic cars, and go to the NEC classic car show every year, as well as smaller local shows. My BF isn’t so into them and I used to have a ‘car friend’ James, whose boyfriend also wasn’t into cars, so we used to do all the car stuff together. He’s since moved to the Netherlands but I often email him pictures of cars he’d like when I’m at the shows. I have a collection of old car brochures too and model cars, this is a sort of extension of the classic car interest. There’s something so optimistic about old car brochures, and they all reflect the time in which they were produced, so it’s a little window into a snapshot in time.

My other hobbies are reading, music, and films. I love music and films. If I get into new music I really get into it. I bought the whole back catalogue of Chicane after discovering them a while ago. It’s perfect music to write to I’ve found.

With films, I watch a lot of films, but if I find one I really enjoy I’ll watch it again and again and again. I must have seen some of my favourites at least 20 times each!

I’m exhausted! But before you go, Liam, will you give us your top tips for authors please?

Liam, thank you so much for giving us a glimpse of your world, your genre and your character. It’s been a pleasure interviewing you.

If you’d like to have a chance to win one of Liam’s ebooks, just comment below in response to this question: How much did you know about gay romance / gay fiction and do you think you might like to give it a try?

Liam Livings lives where east London ends and becomes Essex. He shares his house with his boyfriend and cat. He enjoys baking, cooking, classic cars and socialising with friends. He escapes from real life with a guilty pleasure book, cries at a sad, funny and camp film – and he’s been known to watch an awful lot of Gilmore Girls in the name of writing ‘research’.

He has written since he was a teenager, started writing with the hope of publication in 2011. His writing focuses on friendships, British humour, romance with plenty of sparkle.

Brad’s shop is known as the most popular tourist attraction for certain men in his home town, Astoria. Brad doesn’t do relationships – why would he? Brad is an unashamed slut, and he loves it.

British IT programmer James is much happier working with software and computers than people. He finds escape in his encyclopaedic knowledge of childhood films like The Goonies & Short Circuit.

When James walks into a quilting shop in Astoria, he decides he’ll take his brother’s advice and talk to the stranger. That stranger is Brad, melting slowly behind the counter during the longest heat wave America’s had in years.

Can a man who thinks in binary code and always plans things to the finest degree, cope with the twists and turns of emotions? Can someone who never thinks before he leaps allow himself to leap into the biggest unknown, a relationship? And how will they cope with James’ impending return to England?

Can two men who never to meet learn to embrace the whole messy relationship that love brings into their lives?

Liam Livings and the world of gay romance

One thought on “Liam Livings and the world of gay romance”